When the Urgent Wins

Yesterday, I preached about choosing to do the same things Jesus said he'd do. I think it was one of my better sermons. Who knows if I'd think that in a few weeks. The gist was pretty simple: when Jesus stood up and read the words of Isaiah in the gathered assembly, he set the course of his ministry. By doing so, he chose not to do a lot of other things that he could have done. We should do the same things to guide our lives and ministry together. This includes making necessary choices in order for that to happen.

Here's what he read:
The Spirit of the Lord is upon me,
because he has anointed me to bring good news to the poor.
He has sent me to proclaim release to the captives
and recovery of sight to the blind,
to let the oppressed go free,
to proclaim the year of the Lord's favor.

I genuinely believe what I preached. I usually do. On the worst day, I can at least say that I want to believe it, even if I'm not really sure.

But, oh but. Some of the earliest words of wisdom I received about ministry was, "The hardest part is finding a balance between the urgent and the important." I think that's probably advice about life.

The urgent is winning this week. Not even the work urgent, actually. It's my own personal crazy that is, decidedly, urgent. Yes, it's important, too, but the urgency is what throws other things into a tailspin.

I think the best summary is that the past few days have not been the best days of my life.

On Thursday evening, I got home from work and there was a piece of paper on my door. That's fine; it's how the office communicates most things. My lease is up in April, so it was notification of that and new rental rates. Either the office made a mistake or my rent will double if I stay in my current apartment. Add that to the list of unpleasant things to tackle with the office. If it's correct, then I get the even more unpleasant task of moving. 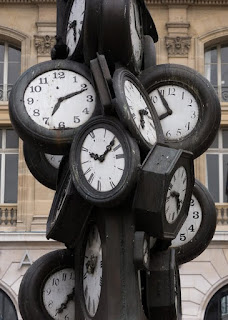 I haven't dealt with that, yet, because on Friday I left to go with the youth group to northern Arizona for a snow weekend. Some time in the night, my ear drum ruptured. This was after the pain of my ear infection woke me up earlier in the night. Other relevant information: I first went to Urgent Care for this infection on December 14, then December 17, then December 29, and thought it was mostly gone. Friday night, everything got worse. After we went to play in the snow on Saturday--an event for which I was needed as a driver--I left early to go to Urgent Care, again. The physician's assistant I saw confirmed a ruptured ear drum, gave me three versions of antibiotics and told me to see an ENT. He was kind enough to give me three different antibiotics than the three I received on December 17th.

This morning, I met a friend for coffee. The shop was crowded, so we ended up going somewhere else instead. When I dropped her off at her car, my check engine light came on.

Did I mention these haven't been the best few days of my life?

On Wednesday, I'll write my sermon in the waiting area at the car dealership while they fix whatever is wrong. Next Tuesday, I'll go visit my new ENT. Who knows what will happen in between.

Pretty much the only answer I can come up with is this: I'm still convinced the urgent can't win out over the important.

I'll work on that tomorrow.


Photo by Damien Roué, courtesy of PhotoPin, used under license
Posted by Rev. Abigail at 5:26 PM